window to our future 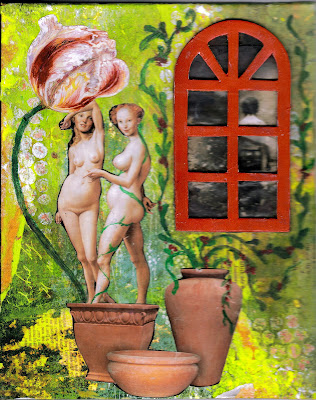 our future "BLEAK and dark". We are going down hill fast. Poor Obama isn't a magician. But, he'll give it his best.
I just saw "death on the factory farm". A HBO documentary about undercover filming on a hog farm (hog confinments) it made me physically sick. I'm so discusted by it. I have made a vow to myself to cut out pork (my fav) . What have we become? If the saying "you can judge the goodness and integrity of a people by the way they treat their animals" or something like that.
Corporate, corporate Greed, all about the money. It's so far out of hand, where does it stop. Sows and hogs , piglets ARE LIVEING CREATURES> THEY FEEL. Kept in a standing position for their lives. They can't even lay down. If they dare get lame and can't produce piglets, out back to be hung by a chain around their neck until they are dead. into the big death pit where thousands of dead hogs piglets are thrown. covered with dirt.
i have been avoiding watching it.
but, i decided if they can make a film like this i can watch it. If your an animal lover it has to be very hard to make this kind of film. They are trying to expose this atrocity, let people see where their food comes from. MY THANKS to you. Speak for those who can't!!!! We are spiraling out of control.
Posted by cconz at 10:09 PM

I haven't seen it... and sounds like something I'd need to be sure I was having a really good day before watching it... I can barely watch the commercial where the famous singer is soliciting funds for animal rescue... can't remember her name right now... it is a beautifully produced ...and effective... commercial... but brings tears every time I see it. Thank you for posting this. JeannieTX (aka: lovemyjunk)
BTW: Thanks for your comment about my blog... it is SOOOOOO fun to "meet" people who understand folk art... junk gardening... recycling for fun... whatever... just neat to find a kindred soul! THANKS!

I'm afraid I couldn't watch it, but they wonder why the farmers and their families get a type of herpes virus that causes the flesh eating disease...it's from a virus carried by the hogs...it's a sad, sick world out there.

That's what I liked about the M Night Shyamalan movie The Happening, where the plants take over and kill humans...right on! We deserve culling...

Forgot to tell ya we close at 3:00 on Saturday, I had last Saturday off. Email when your coming and I'll stay open...bummer I missed ya!

The problem is this is the norm, it's not just hogs, and it's very easy not to see. One wonders, in this age of oversight, where the inspectors have been - or is it once more the almighty $ of the bribe!