Here's to you dad! 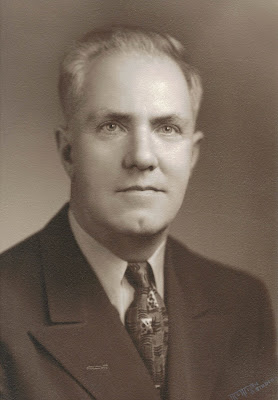 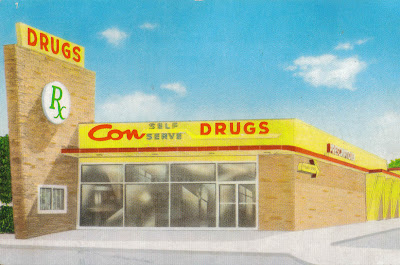 What can i say about my dad! Plenty! Dad was born in 1901. He was 24 years older than my mother. When i was born he was 56, i also have 4 older brothers and a younger sister. So he was always old to me, but his mind was young. He graduated from the university of Iowa in Pharmacy. It was a 2 year program in 1928. He was a druggist as he called it. He made salves and poultices. Made all kinds of concoctions. We never went to the doctor. He had a cure for everything. He worked all the time. From 10 in the morning to 10 at night. I remember taking deliveries,mostly to nursing homes. I'm sure to give us some exposure to nursing homes and old people. They were nasty. The "homes" i mean, they weren't like they are now. Dirty and stinky, I remember being scared.

He tried so hard to give us a good life. I never appreciated it then but i do now. On the way home from school he'd tell us the name of trees and flowers. Take us to art galleries. Take us to funerals. ( He didn't want his funeral to be our 1st funeral). Show us what a dead person looked like. I had so many budding hobbies as a kid, it kept me out of trouble. All thanks to him.

He was always up with the news and everything around him. He collected oil paintings, stamps, and had an awesome coin collection, and was a big believer in traveling. He took my mom and me on the QE2 across the Atlantic, He loved the islands and even wanted to buy a house on Montserrat. (good thing he didn't) a volcano wiped out the island.he traveled to china and Europe. Taking people with him, paying their way. He sent other peoples kids to college ,when they couldn't afford to. He really loved to garden. Flowers, his flower beds were gorgeous. When i turned 13, he told me "as a druggist , i see lots of dumb bunnies coming into the store, "15 and pregnant. dropping out of school. I don't want any dumb bunnies living here. Then he went on to tell my sister and me about birth control pills. Showed us how to use them, and a "Don't do ANYTHING till you get on these. God bless him. We never did either. He was so ahead of the times. I could go on and on. But dad died when he was 88. He was a character, 1 of a kind. He helped lots of people in his many years.
Posted by cconz at 4:11 PM

Well, sweet Cathie...the apple doesn't fall far from the tree...your Dad sounds like a wonderful man and what an interesting life you must've lived...here's to our Pops!!!

Hope you guys survived the storm last night, I started worrying after they said the tornado was heading for Lone Tree...hope you're OK!!!

It was like watching a light show from my front porch and I knew it was in your general direction...lots o lightning, we got a little rain(just what we needed)...later...s

What a handsome man! Since one doesn't tend to call men beautiful when it comes to their appearance, I'll certainly say it about his character!

Hey Little Girl!
Anytime you would like to come visit, just call! Love to see ya!
Love the story about your Dad. My Dad was 50, when I came along, I grew up with older folk, and I loved them.I lived in a County Home I still have many friends much older than I, they have traveled many journey's, and if we listen, we might learn something...
Hope to see you!
Barb C

Hey Little Girl!
Anytime you would like to come visit, just call! Love to see ya!
Love the story about your Dad. My Dad was 50, when I came along, I grew up with older folk, and I loved them.I lived in a County Home I still have many friends much older than I, they have traveled many journey's, and if we listen, we might learn something...
Hope to see you!
Barb C

Sounds like you had a very interesting growing up time. It does sound like he was ahead of his times. Amazing memories, huh?

To answer your questions from my blog, I do many times dream up my own designs but the sun was a pattern I tweeked and I usually make a few designs and then pour them at one time.